The people are subject to a lot of negative effects. The adverse health impact occurs at all levels: psychological and physical condition, bioenergy balance, dark periods in life. The reasons for this are many:

And though the people have found the ways to resist and even cure them, many factors still remain a serious problem.

Here the nature comes to help us, assisting in the production of a vaccine, which provides protection and confidence in the bright and healthy future for each of us.

The name of this vaccine is shungite!

The shungite is a lithoidal rock comprising a high proportion of carbon (up to 98%!), which has unique molecules — the fullerenes. It was found in the only place in all the earth (Karelia, Russia), and the experts estimate its age at 2 billion years. 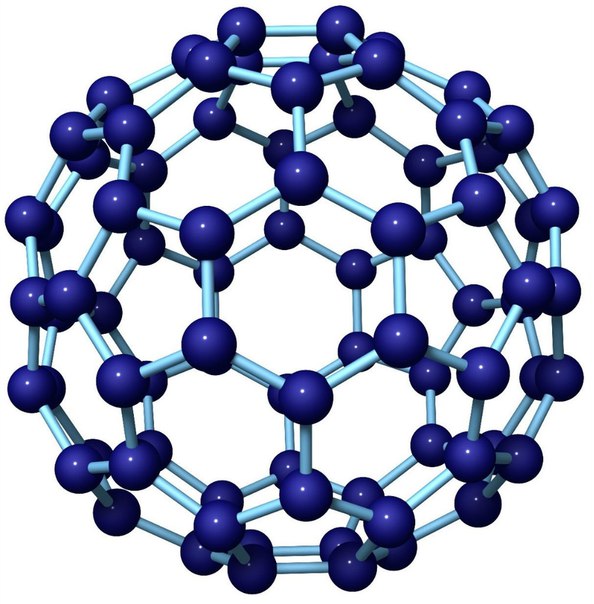 It is due to its molecular structure that shungite has a powerful curative effect. The rock absorbs harmful substances and even negative energy, like a sponge. At the same time, the shungite has the ability to give back the positive energy collected from the environment for 2 billion years and even harmonizes the bioenergy and emotional background of a person.

The shungite acts as a cleaner, structurer and water mineralizer.

The tap water almost everywhere is saturated with chlorine, heavy metals and other substances that are extremely harmful to the human body. Many experts attribute the increased cancer diseases to the adverse effect of the water we drink. The same applies to the well water, as the earth and air are saturated with harmful substances due to landfills, factories and a huge number of cars.

The shungite, placed in a water container, purifies the water of all harmful substances and impurities in a few hours, no more unpleasant flavour and taste. It is pleasant and useful to drink the water infused with shungite.

The shungite structures the water, giving it the original form — the very one it has, flowing from the snowy slopes of the mountains into the green plains. The structured water is very useful, because it helps a human body to better uptake the useful trace substances.

Through mineralization the water is saturated with additional minerals and trace substances, many of which are in deficiency for one reason or another. The normal range of these substances is extremely important, as it is the key to good health.

The shungite protects from electromagnetic radiation and geopathic zones.

The electromagnetic radiation is the invisible waves emitting from each electrical appliance and even wiring in the house. The impact on the body is extremely adverse, this is confirmed by many experts:

— the depression of the immune and nervous systems

— the development of chronic and even cancer diseases

— extremely negative impact on the fetus during pregnancy

All this is only a little of the negative effects of electromagnetic radiation on the humans.

Thanks to shungite, the radiation damage comes to nothing. It is enough to place in the room one or several (depending on the area) products of shungite, and immediately the positive effect appears. The diseases are not so often, the mood is improved.

Now about geopathic zones and their harm. Almost throughout the whole surface of the earth there are tectonic faults in the crust. Some of them are huge, others are quite small, and they are especially dangerous for human health and life in general. In such places there are more accidents on the roads, there is a higher probability of getting ill (including cancer), the bioenergy suffers, which leads to mental breakdown, depression and other disorders. 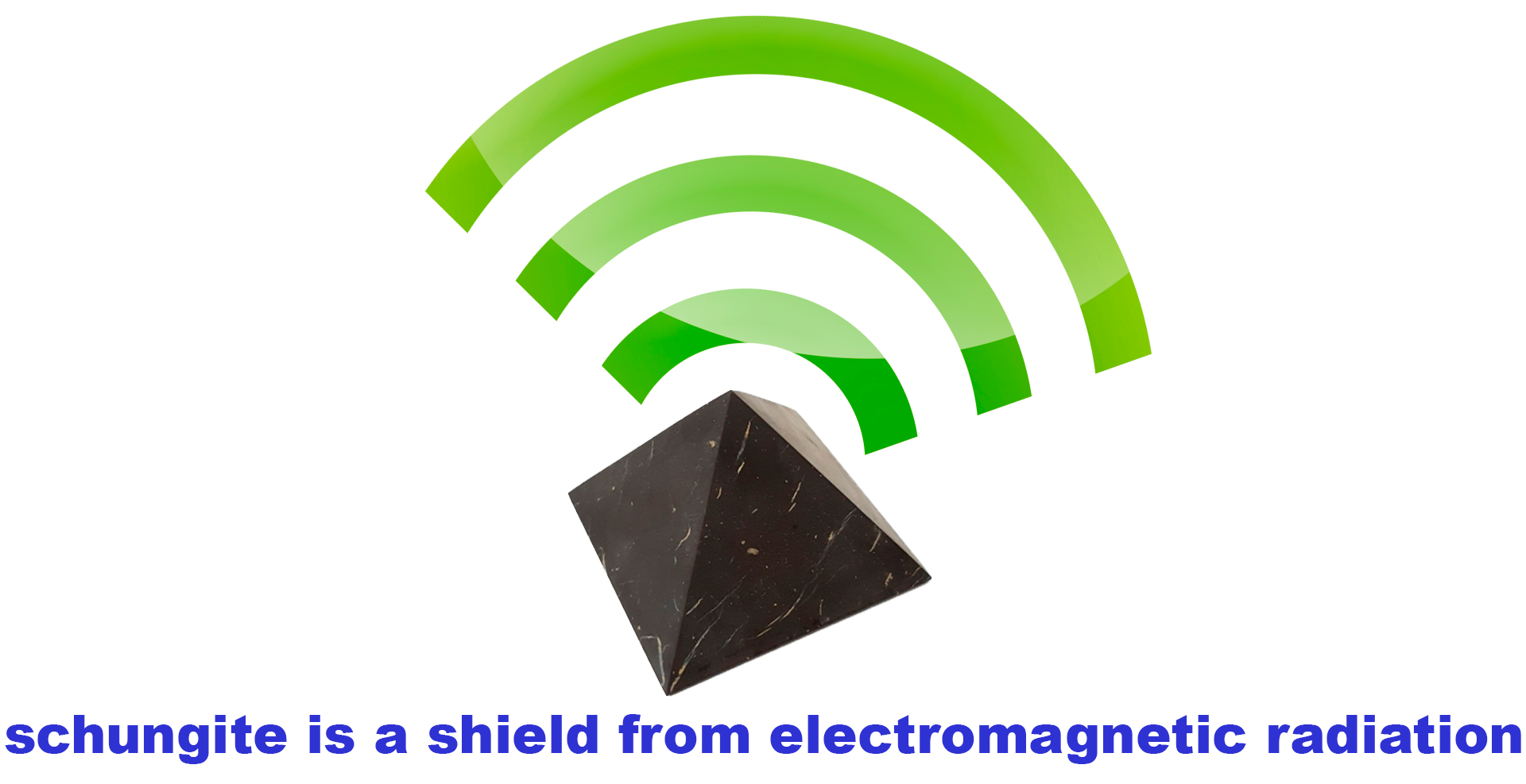 The shungite, due to its unique structure and curative properties, blocks the emission of harmful energy from the faults, and thus protects from harmful effects. The shungite product, such as a pyramid, is able to protect the entire room, and the shungite amulet will protect you when travelling.

The shungite is ideal for meditation and harmonizes the bioenergy background.

Due to its ability to absorb the positive energy and take away negative energy, the shungite is an excellent tool for meditative practices. With the help of shungite harmonizers, you can set yourself up for work, be toned, activate all the internal organs, calm down at the right moment or shift towards the work. 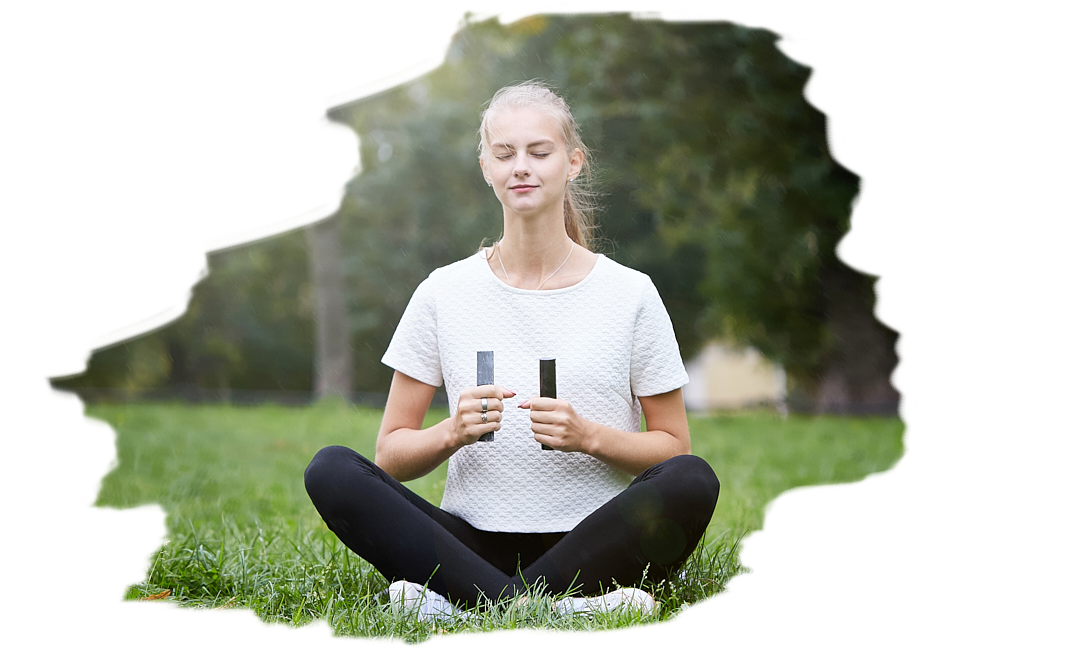 The products from shungite, such as pyramids or cubes, are able to harmonize the energy background of the entire room. With the emergence of such a thing, the number of conflicts will decrease, and there will be more understanding.

The shungite protects from the negative energy of those around you.

The terms "energy vampire" and "evil eye" have a very real basis. The fact is that each person has his or her own energy background. In the interaction of the energetics of two different people, the result may be very poor. For example, a person with a stronger, more powerful energy abuses the other one who has a weaker energy barrier. In this case, the person with weak energy will feel physically and mentally exhausted, and, very likely, will get ill. Amulets, jewelry and other products of shungite are the strongest barrier in such situations. Especially they help vulnerable and susceptible people, with more negative-prone energy.

The shungite is a unique component of cosmetics.

Noteworthy is the shungite in cosmetology and hygiene products. Due to shungite, cosmetologists manage to create truly unique and natural products contributing to the beauty and restoring the skin and hair. Each product with shungite reliably creates a 100% effect, since due to shungite, the trace and useful substances penetrate into the tissue much better than without it. The shungite also accelerates the cellular turnover and is an excellent antioxidant.

Buying the shungite, you gain health and tranquility!